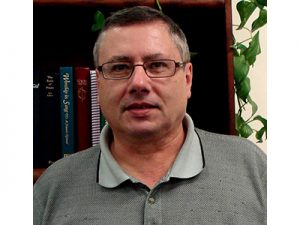 KAIROS is shocked and deeply saddened by the sudden loss of our dear friend and colleague John Dillon.

John served the Canadian churches in ecumenical social justice for 44 years. He was a researcher, writer, analyst, but most importantly a persistent and faithful advocate for marginalized peoples everywhere. It was to the needs and concerns of women, Indigenous peoples, poor communities, and the cries of the earth that he held himself to account.

“It is almost impossible to imagine the ecumenical coalitions, and now KAIROS, without him. John so vitally shaped our identity and commitments,” says KAIROS’ Executive Director, Jennifer Henry, who began working with John in the early 1990s.

John never sought recognition for his work.  And yet his research and policy analysis was the cornerstone of so many successful ecumenical advocacy and education campaigns for social change.  As Amnesty International’s Kathy Price said, “John did the quiet, demanding, behind-the-scenes work of strategizing and coalition-building via partnerships of equals to help us get past the spin and build progressive movements for hope and change.”

John joined GATT-Fly, one of the earliest ecumenical coalitions, in 1973. GATT-Fly later became the Ecumenical Coalition for Economic Justice, which became part of KAIROS in 2001.  Working in a former closet in the Anglican Church House, John and his GATT-Fly colleagues tackled cutting edge social justice issues that challenged the Global Agreement on Tariffs and Trade, focusing on global food security and the rights of sugar workers. John walked in solidarity with the workers and produced invaluable research that included keen analysis of what was then called the New International Economic Order.   “We were helping to launch a new, activist ecumenical movement that was to have a huge impact,” reflects Dennis Howlett, John’s early GATT-Fly co-worker.

Throughout his career, John continued his focus on the global economic system and its impacts on the marginalized, as well as the increasing demands of ecological crisis. His first KAIROS job title was Global Economic Issues Researcher/Policy Advocate. His final: Ecological Economy Program Coordinator.  He was passionate about ecological integrity and deeply integrated that commitment with global economic justice and human rights, particularly Indigenous rights. He retired just days ago, on June 1, 2017.

Just prior to the creation of KAIROS in 2001, his research on global debt was instrumental in the successes of the Canadian Ecumenical Jubilee Initiative, including its 640,000 signatures on a Canadian petition calling for debt cancellation.  At that time, John was regularly consulted by the Ministry of Finance on issues related to Canada’s eventual bilateral debt cancellation.

John’s research was also vital in the fight against the Canada/US Free Trade Agreement, the North American Free Trade Agreement (NAFTA), and the Free Trade Area of the Americas (FTAA).  He was a founder of Common Frontiers Canada. His analysis and critique of these agreements helped civil society partners forge deeper relations with Mexican and other Latin American allies, and led to the integration of energy and environment in critiques of the integrationist corporate agenda.

“One side of John’s contribution was the process: nursing, cajoling, guilting, challenging, encouraging international thought, consensus building and political action,” writes Dr. John Foster, a long time colleague.   As Foster said, “The other side was the substance and content, building a critique of the ‘free trade’ agenda that had depth and had to be taken seriously.  This multi-year effort was no small contribution to the forces that brought down the ALCA/FTAA project.”  His later analysis of international financial architecture was a vital contribution to many international networks, including those of Jubilee South and the World Council of Churches.

Whatever the issue, John was faithful to the concerns of affected communities.  As Rachel Warden, KAIROS’ Women of Courage & Latin America Partnerships Coordinator said, “John took painstaking efforts to ensure that his research was informed by the voices and experiences of partners who were impacted by the policies he was writing about.  He refused to water down their messages to make them more palatable to a Canadian audience. This faithfulness to partners separated his policies papers on debt, climate change, food security, trade and a myriad of issues from others.”

John leaves a rich legacy in his books, policy papers and impacts on colleagues and civil society allies. His books include Power to Choose: Canada’s Energy Options, Turning the Tide: Confronting the Money Traders, and Recolonization or Liberation, as well as huge contributions to Reweaving Canada’s Social Programs: From Shredded Safety Net to Social Solidarity and many other ecumenical publications.

Over eleven years in KAIROS, John produced 49 Policy Briefing Papers. His last one, dated April 2017, is: Fossil Fuel Projects at Odds with Actions on Climate and Indigenous Rights. His op-eds and letters to the editor have appeared in numerous Canadian newspapers.

Those who were fortunate to work with John note the multiple facets that made his work unique and powerful, including a dogged attention to detail, ability to distill complex data into clear digestible responses, coupled with humility and deep ecumenical understanding and spirituality.

“There have been and are very few people in the Canadian ecumenical justice community who are able to connect the biblical imperative to do economic justice with the complex reality of trade agreements, world regulatory bodies, and the so-called lenders like the World Bank and the IMF,” writes Dale Hildebrand, who served as KAIROS’ Global Partnership Manager from 2001 to 2009. “John Dillon was without doubt not only one of those, but probably the best. His contributions will be felt for years to come.”

John studied philosophy and theology at St. Peter’s Seminary in London, Ontario.  John spoke Spanish well, and his frequent travels to Latin America also shaped his education, forging relationships that had a lasting impression on his work and life.

John was an intensely private person, quiet yet determined.  His ethics were beyond reproach. He was also very kind, and could offer a gentle teasing or share a laugh when he knew you well.  He deeply loved his family.

John passed away suddenly of complications related to cancer on June 5, 2017, surrounded by his loving family.  He was 68.  He is survived by his wife, Marianne and two children, Timothy and Norah.  John will be deeply missed by his colleagues at KAIROS, civil society allies, and partners in movements around the world who will carry his commitments forward.

Letters of condolence to his family can be sent care of:
KAIROS, 200-310 Dupont Avenue, Toronto, ON M5R1V9
Please mark “Remembering John Dillon” on the outside of the envelope