KAIROS statement on the death of The Honourable Thomas Berger 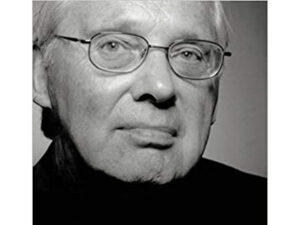 Book cover - "One Man's Justice: A Life in the Law" by Thomas R. Berger.

Book cover - "One Man's Justice: A Life in the Law" by Thomas R. Berger.

News of the death of former B.C. Supreme Court Justice Thomas Berger on April 28, 2021 at the age of 88 resonated deeply throughout the KAIROS network. A ground-breaking lawyer and activist, Justice Berger will be remembered for his willingness to listen to and advocate for Indigenous peoples and for transforming Canadian law and Indigenous title and rights.

Early in his career in the late 1960s, Justice Berger represented the Nisga’a Nation in the landmark Calder vs. British Columbia case which led to the Supreme Court of Canada acknowledging in 1973, and for the first time, the existence of Aboriginal title to land. When the case began, Canada’s position was that Indigenous title to land had been extinguished and that Indigenous people had to prove their rights existed.

In 1974, three years after his appointment to the Supreme Court of British Columbia, the federal government appointed Justice Berger royal commissioner of the Mackenzie Valley Pipeline Inquiry. The Berger Inquiry, as it became known, was tasked with investigating the social, environmental, and economic impacts of the planned $10 billion, 4,000-kilometre pipeline through the Mackenzie Valley, which at the time was the world’s biggest engineering project.

Justice Berger took the inquiry to 30 Dene and Inuvialuit villages along the Mackenzie River and across the Northwest Territories and Yukon to hear from and learn about these Indigenous peoples and their lands. Originally scheduled to take 12 months, the inquiry lasted two and a half years.

The inquiry coincided with the creation of the ecumenical Inter-Church Project on Northern Development, or Project North. A precursor to the Aboriginal Rights Coalition, which later became part of KAIROS, Project North was launched in 1975 because the churches realized their relationship with Indigenous peoples in Canada was in need of drastic change. Project North was also a response to Indigenous leaders who had been urging the churches to do more to enhance awareness and understanding of how resource development was threatening Indigenous life, rights, and culture. The churches were challenged to work toward a new and just relationship based on solidarity, and this included political action directed at governments and corporations on social, economic, environmental, and cultural issues affecting Indigenous peoples.

The proposed Mackenzie Valley Pipeline was only one of several resource megaprojects in northern Canada in the 1970s and this gave direction and a sense of urgency to the churches. In its 1976 submission before the Berger Inquiry in Ottawa, Project North called for a “moratorium on all Northern resource development projects, including the Mackenzie Valley pipeline.”

In 1977, the 240-page Mackenzie Valley Pipeline Inquiry report, which included testimony from 1,000 northerners, recommended a 10-year moratorium on pipeline construction while Indigenous land claims were settled.

Justice Berger was a consummate advocate who knew how to listen, and who created spaces so that Indigenous voices could be heard.  In this way he continues to contribute in an invaluable way to a more just and equitable society.