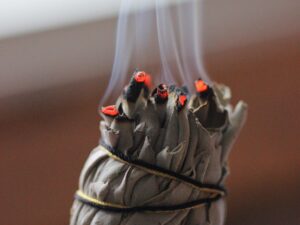 Today’s beginning of Indigenous History Month has been overshadowed by the recovery of 215 stolen children at a former Indian residential school in British Columbia.

Simultaneously, we are fast approaching the second anniversary of the 231 Calls for Justice for MMIWG2Spirit. These anniversaries and headlines have spurred feelings of grief and many of us are revisiting the Truth and Reconciliation Committee of Canada’s (TRC) Calls to Action, yet another report’s anniversary milestone.

KAIROS Canada and its national network echo the calls of residential school survivors and faith leaders who call on the Roman Catholic Church and Pope Francis to take responsibility for past actions of its institution and the great cost of life that continues to reverberate today.

We call on the Roman Catholic Church to offer a full apology to survivors and those who died, as outlined in Call to Action #58. It is not enough to share in our collective grief. Only humility, responsibility and actions will do and in failing to issue an apology, reconciliation remains in a suspended state.

At KAIROS we continue to work in support of reconciliation. Often this fight is muddied by those with good intentions, who fail to recognize the extent of harm being perpetuated. Centering whiteness and white fragility exposes hollow sentiments and actions which do not coincide with the spirit of healing we agreed was the path forward in 2015 upon release of the TRC’s Final Report.

While flying flags at half mast and children’s shoes on church steps can provide those grieving with a sense of purpose, it is also important to acknowledge there is a fine line between actions and performative allyship.

Indigenous people are watching and taking note of who is authentic in their allyship and who fails to act. History will now relay that while the Canadian government had a moment of silence for the 215, lowered its flags and the world watched, its leaders continued to wage war in the courtroom against the First Nations children and their right to equity. A battle many years old and lead by one of our best, Cindy Blackstock and the First Nations Child and Family Caring Society.

The hard truth is that there are many stories out there and they will continue to trickle out and cause sorrow to each new Indigenous generation. No one has ever been held accountable for these atrocities and this permission continues to be the biggest injustice of all.

Indigenous families still fear the apprehension of their children that began all those years ago. Each generation of Indigenous person since has been raised with a fear of being taken. Today our children are taken to modern residential school schemes known as child welfare, where they continue to be victimized and killed. Thoughts of Tina Fontaine arise, a child who could have been saved not once but twice by police had they chosen to intervene.

For those who are not Indigenous to this land be grateful. Despite changes to provincial laws, hospital staff will continue to notify authorities when an Indigenous woman is delivering a child. As seen in the unfolding inquiry into Joyce Echaquan’s murder, the sentiments that led those 215 children to their death is the exact same that is killing Indigenous people in Canada today. It seems that as a society we have learned extraordinarily little.