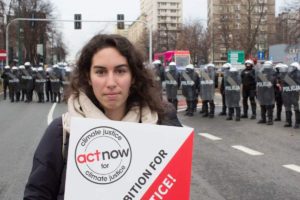 It’s been a month since COP 24 ended in Katowice, Poland. When describing my experience, I often get asked: Was COP 24 a success? In some ways it was. COP 24 finished with the completion of the Katowice Climate Package (Paris Rulebook) – a rulebook that lays out how the Paris Agreement will be put into action. But behind this achievement, the Katowice Climate Package lacks ambition. It contains weak language around the acceptance of the IPCC report on 1.5 degrees. Clear commitments were not made around “new and additional” finance and “loss and damage” funding from developed countries. Discussions around carbon markets (Article 6) and double counting were postponed until a later date.

Was COP 24 really a success? As Bill McKibben, environmentalist and co-founder of 350.org, said: “Winning slowly is the same as losing”.

This slow progress was the most challenging part of COP 24. Throughout the two weeks of COP 24, I heard land and water defenders from local communities share how climate change is already affecting them and their cultures. I heard refugee experts project the millions of people who are going to be displaced by climate related drought and famine. I heard the members of the IPCC explain the consequences of a 2-degree world: Coral reefs will disappear. Parts of the Amazon rainforest will turn into Savannah. Parts of the western Antarctica ice sheets will be lost.

The IPCC report warned the world that we have about 12 years to take significant climate action to prevent a climate catastrophe. To achieve this, we must reduce CO2 emissions by 45% from 2010 levels by 2030 and reach a net zero level of carbon emissions by 2050. This will require large, systemic changes and yet, politicians do not seem to be acknowledging the need for urgency.

At the decision-making tables at COP 24, politicians were discussing whether the IPCC report was robust enough to even be considered. Developed countries refused to set robust rules to support developing countries who will be most affected by climate change. And Canada continues to support and expand the fossil fuel and gas industries. This disconnect is infuriating, it is exasperating, and it is disempowering.

Nevertheless, at COP 24 I also found hope and inspiration. There are people from all around the world who are working at the grassroots level to create real change. They are defending their lands and waters and they are pushing their governments to take strong climate action including just transition, investment in renewable energy and support for vulnerable communities.

The UNFCCC and COPs are important to create multi-lateral agreements around climate action. But the UNFCCC will not save the world from the climate crisis. It’s Indigenous women leaders like Chadian Hindou Ibrahim who are demanding for Indigenous voices to be at the decision-making table. It’s those who take direct action and petition their governments for higher climate ambition no matter their age (Check out Greta Thunberg!). It’s every individual who decides to eat less meat, to take public transport instead of driving, or who talks about climate change and climate solutions with their family and friends.

From the politicians attending COPs to each individual in their community, we all have power and we all have a role in addressing this climate crisis. 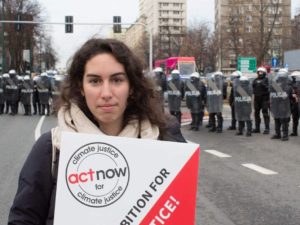 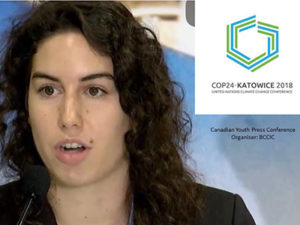