How the Indigenous Blanket Exercise destroyed my ego 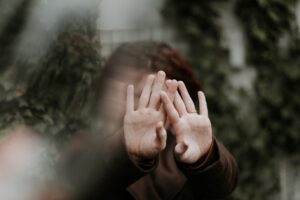 Last January, the charity I worked for held its quadrennial staff gathering in Ottawa, where my department participated in an Indigenous Blanket Exercise. And boy did that not go as I expected.

Note: this post is not sponsored or affiliated in any way.

The Blanket Exercise is a workshop where participants enact centuries of history from an Indigenous point of view. Developed in the 1990s, it is meant to shine some light on less well-known, uncomfortable facts of Canada’s past, as a means to foster reconciliation between Indigenous and non-Indigenous peoples.

‘’So… There’s the Blanket thing on the second day.’’ I said to a colleague days before the gathering.

I was nervous, even a little hostile. I’d always been sensitive to Indigenous issues, but this workshop promised to be everything I hate: acting out with strangers in an emotionally charged context. Trying to hold on to my optimism, I’d been scouting for someone who could make this exercise less daunting to me.

So much for taking the uncomfortable out of it. ‘’Really!’’ I snickered. ‘’Good god.’’

Great, I thought. Well, what’s a few unpleasant hours in the name of career advancement, right?

The day came, and I soon had to draw near a circle of chairs in a conference room. As about 30 staff members had come in from all over the country, I didn’t know half the people there. An Indigenous woman greeted us. She worked with the charity KAIROS, who first created the Blanket Exercise.

She said a few things, not the least of which, that she wished to collect our tears in a paper bag. ‘’I consider tears offerings,’’ she explained as she put the bag on the floor. I struggled to keep my judgmental impulses at bay.

Our attention was soon drawn to the short narrative texts we were to read out loud, which were now being handed out. Of course, mine was about the phenomenon which, out of all Indigenous issues, affects me the most: missing and murdered women. The prospect of reading it in front of everyone weighed on me. ‘’Well, that’s not thrilling.’’ I thought a little selfishly.

I didn’t have much time to ponder over this. A few seconds later, we were all up, stepping on coloured blankets lying on the floor. These represented the territories Indigenous Peoples occupied before the arrival of European settlers.

We soon heard and enacted our first piece of history: Indigenous Peoples sharing the land, meeting the new settlers, and forming collaborative relationships with them.

The Indigenous woman’s colleague, a Christian playing the role of a settler, passed out a few pieces of paper. Seconds later, those with a card like mine were asked to go back to their seats. We had gotten sick with a disease never encountered before. That was it for us.

Thank God, I thought. I was too relieved to relinquish my active role to feel a shred of sadness for my character. But now allowed to be withdrawn, I would be able to listen with more empathy.

Other traumatic events succeeded my demise. Various circumstances saw more people get sent back to their chairs. We were told of deceptive treaties and the murder of rebels. Around this point, I became uneasy. I tried suppressing any emotion that wasn’t passive compassion.

Despite my best effort, I found myself really taking in how many lives were destroyed or cut short. How easy it had been to ruin everything for hundreds of thousands of people. How efficient declarations, stories and beliefs had been in annihilating valuable potentials forever.

I went from uneasy to alarmed as I felt tears welling up inside. Really? I snarled at myself. How ridiculous is THAT? I couldn’t fathom being one of them. One of the people who cry in front of strangers without shame or restraint, and then spend way too long explaining how amazing of an epiphany they just had.

But I softened almost immediately. After all, being too hard on myself was a sure way to make me cry. It’s okay. Emotions are healthy. Just neutralize them until you can go recover somewhere else. ALONE.

Have you ever tried using that technique for a prolonged period of time? Did it work?

I raised my head to see, still standing on a blanket, a girl crying silently. She was the one who had arranged for our group to take part in this exercise. As I saw her face contorting with pain, I tried holding on to some sense of calm dignity. This is her story, not yours. You are a spectator. You care from a distance, and then you go back to your business.

The funny thing is nothing, out of everything I heard that morning, was new information to me. I didn’t have precise knowledge of historical facts, complete with dates, official names and corresponding treaties, but I’d heard of it all: the illnesses, the deceptions, the executions…

However, I’d always experienced Indigenous history as bits and pieces, studying one event at a time. That day, I was reliving it as a never-ending succession of horrors, an experience that felt both like being trapped on an express train headed to Hell, and getting hit by it repeatedly. And yet, this fast-paced, can’t-make-it-stop kind of experience felt, at times, agonizingly slow.

The pain kept making its way up my throat. In an ultimate attempt to hold back the tears, I threatened myself with the prospect of shame: Your supervisor is here. The head of Public Affairs and Communications is right in front of you. The colleague on the inside, the guy you laughed with at oversensitive people, is somewhere on your left. Do NOT cry in front of these people. It would be unprofessional.

In the end, none of these strategies were good enough to downplay the intensity of what I was experiencing. About 30 minutes in, I gave in. I’d love to report that it was the result of my inner wisdom breaking through to me. That as I accepted the depth of what I was feeling, I was freed from the fear of appearing weak, and just plain ridiculous. But it was more a matter of my ego losing the fight against the inescapable nightmare of people being ripped away from each other, their land and themselves.

I kept crying as those who were still standing, save few exceptions, were sent back to their seats one after the other. My piece about missing and murdered Indigenous women, which I read as a puffy mess, concluded the transition between the historical and the contemporary. The mention of Indigenous women and girls being at higher risk of physical and sexual assault provided a fresh, immediate sense of absurdity.

The workshop was now coming to an end. The last few narrative texts were somewhat of an empowerment effort, focusing on hope for the survivors.

After everyone had shared thoughts about what we had just gone through, the Indigenous woman took up a tambourine and started singing a song, sending everyone off with love and kindness. The ordeal was over; we were free to try to carry on with our day. In my case, to try to reconcile myself with emotions I’d considered useless and shameful.

This experience made it clear to me: while public apologies and official recognition are essential for a country like Canada to improve its relationship with Indigenous Peoples, they’re not nearly enough. For true reconciliation to happen, we need to be open, not just to learn about Indigenous history, but to understand who Indigenous people are now as well. We need to be willing to do things their way, even for just a few hours in a conference room. And depending on who we are, it might be scarier than we’re willing to admit.

But it’s all worth it, because there is a sure power in curiosity, tranquil courage and quiet open-heartedness.

Written by Sophie Arbour and originally posted on her blog.