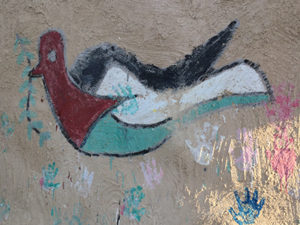 KAIROS is gravely concerned about the use of lethal military force  against protestors in the Gaza strip, and joins people of faith and conscience from around the world in condemning the killing and injury of so many Palestinians, including civilians, children, first responders, as well as members of the media.

On May 14, Israel launched a major offensive against Palestinian protestors in the Gaza strip, resulting in the loss of over 50 lives, and injuring hundreds more.   Palestinian health officials now say more than 100 Palestinians have been killed and 10,000 injured by Israeli troops over the past six weeks at a series of protests along the border between the Gaza Strip and Israel (BBC, May 16, 2018).

KAIROS welcomes the recent statement by PM Trudeau on the use of excessive violence and his call for “an immediate independent investigation to thoroughly examine the facts on the ground – including any incitement, violence, and the excessive use of force.”  We ask the Canadian government to continue to speak out against military action against civilians, and to take a lead in efforts towards a comprehensive peace settlement in the region. We also call on both Israel and Palestine to respect, implement, and meet international law obligations.

We join voices of member churches nationally and internationally  – including the United Church of Canada and the Evangelical Lutheran Church in Jordan and the Holy Land – in urging concrete steps towards a just and peaceful end to the conflict. We are deeply concerned that the latest tragic loss of life is compounded by Israel’s blockade of Gaza which impedes access to vital services.  We also call for the protection of both Israeli and Palestinian civilians.

KAIROS has a long history of accompanying partners in Israel and Palestine in their work for human rights and for a just and lasting peace.  One of our faithful partners is Wi’am: Palestinian Conflict Transformation Center,  who works to end violence against women and to promote women’s role in peace building at the local, national and international levels. We are deeply concerned about all of our partners, the communities they work with, and their families.

At this time, we continue to pray and grieve with those who have suffered loss and violence, and uphold our partners and others who work tirelessly for justice and peace.  We uphold the sanctity of all human life and call for renewed commitment to peace and for cessation of violence against people engaged in protest.

For further statements and actions:

(KAIROS is not responsible for the content of external links and does not necessarily endorse all content.)