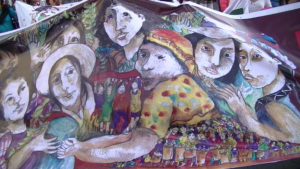 A huge thank you for all you have done to keep the pressure up for an independent  Canadian Ombudsperson for Responsible Business Enterprise (CORE) with powers to investigate.

On Monday, April 8, the federal government appointed the CORE but failed to create an independent office with real powers to investigate abuses and redress harms caused by Canadian companies operating abroad, essentially breaking a promise made 15 months ago.

The incredible work you are doing contacting your MP and posting on social media is what is keeping this issue alive. And we need you to keep up the pressure.

It’s clearer now, more than ever, that the appointment announced on April 8 is entirely unrecognizable from the government’s commitment made on January 17, 2018. Since the announcement, the government’s Frequently Asked Questions on the CORE has changed extensively: the word “investigate” has been entirely stripped from the ombudsperson’s mandate. All meaningful reference to the office’s independence has been erased. All mention of the ombudsperson having the power to compel witnesses and documents is gone.

Minister Carr announced that he is seeking external legal advice on the possibility of granting the power to compel and gave early June as a time frame for reviewing those conclusions. That gives us five weeks to ensure the Office of the CORE has complete autonomy and investigative powers to compel documents and testimony.

The time to act is now!

The Canadian Network of Corporate Accountability (CNCA), of which KAIROS is a member, is hoping to get thousands of signatories to this petition to represent the massive support for this campaign. Please sign and circulate to your networks and friends.The e-petition will be delivered to the government on May 27.

Again, thank you for all the incredible work you are doing! Your sustained efforts make all the difference.