KAIROS Canada is deeply disappointed that Bill C-262, while passed by elected officials in Parliament, will die on the Order Paper in the Senate.

Since it is highly unlikely that the Senate will meet again before the writ for the federal election is dropped, and on the advice of senators who advocated for the bill’s passage, KAIROS is focusing its efforts on ensuring that UN Declaration implementation legislation that is at least as strong as C-262 is reintroduced as a government bill in the next Parliamentary session. In a recent statement, Romeo Saganash (MP Abitibi—Baie-James—Nunavik—Eeyou) who sponsored the bill, wrote:

“I am devastated and regret that my bill, that so many people have worked so hard to promote and educate on, will not become law. Nonetheless, I have been inspired and reassured by the broad representation from civil society in the support for this bill: churches, labour unions, human rights organizations, environmental organizations, Indigenous leadership and grassroots that have made it possible to get to the recognition and respect that we see today.”

KAIROS echoes Mr. Saganash’s words. While we obviously regret the outcome, we are also deeply moved by the dedication and commitment of the KAIROS network and Indigenous and non-Indigenous allies to build political will for the bill’s passage, recognizing its critical importance to reconciliation in Canada. Thank you for your letters, phone calls and photo messages. Some of you created local awareness campaigns, and some of you walked long distances in support of this bill. We see in your actions possibility and hope.

Legislation supported by Indigenous peoples and allies has encountered opposition before and will continue to do so. What makes Bill C-262’s journey significant is the overwhelming attention and support it generated.

While this marks the end of the journey for Bill C-262, we will continue to campaign for the United Nations Declaration on the Rights of Indigenous Peoples Act in the next parliamentary session.

We will keep you posted on what you can do leading up to and after the election.

In solidarity,
The KAIROS Team

Here’s a public statement issued by the Coalition for the Human Rights of Indigenous Peoples (www.declarationcoalition.ca)

“There are and always have been obvious flaws in a governing system that is designed to maintain a status quo and deny rights to people who power rejects. The process of bringing C-262 along the legislative path has highlighted this for me… Let us rise with more energy. Let us stand with a greater determination.” – MP Romeo Saganash, author of Bill C-262

When the United Nations General Assembly adopted the UN Declaration on the Rights of Indigenous Peoples in September 2007, it established an obligation for all states to fully implement this crucial instrument as the minimum global standard to the protect the human rights of Indigenous peoples. The solemn commitment of all states to uphold the UN Declaration has since been reaffirmed by 10 consensus resolutions of the General Assembly.

Our Nations and organizations are outraged by the failure of the Senate to pass Bill C-262, a bill that would have provided a principled and collaborative legislative framework to guide the implementation of the UN Declaration in Canada.

Many individuals from all walks of life have embraced C-262 as a crucial means of reconciliation and were shocked that a handful of Conservative Senators were able to block the passage of such urgent and long overdue human rights legislation in such an undemocratic, illegitimate and indeed discriminatory manner.

In April 2019, Conservative MPs joined with all other members in the House of Commons to adopt a unanimous motion supporting both Bill C-262 and a second private member’s bill, Bill C-337 that provides for sexual-assault training for judges. This motion underlined that “both critical pieces of

legislation … have been duly passed by the House of Commons” and “both bills should be passed into law at the earliest opportunity”.

Despite having supported this motion, Conservative Leader Andrew Scheer failed to ensure his unelected Senate members would respect the express will of the House of Commons. As a result, both institutions of Parliament are being undermined.

Such prejudicial actions also undermine reconciliation in Canada. The Truth and Reconciliation Commission has emphasized that the UN Declaration “is the framework for reconciliation at all levels and across all sectors of Canadian society.” In addition, the final report from the National Inquiry into Missing and Murdered Indigenous Women and Girls relies on the UN Declaration and other human rights instruments in ensuring the security and well-being of Indigenous peoples and individuals.

Despite this serious breach of democratic principles, it must be emphasized that the actions of these Senators do not in any way diminish Canada’s obligations to implement the UN Declaration. Nor does the failure to adopt C-262 diminish our intention to hold the Government of Canada accountable to such obligations.

The will of Parliament to implement the UN Declaration is now clearly established. Bill C-262 was adopted by a majority vote of the House of Commons in 2018. In addition to the subsequent unanimous motion supporting the Bill, the intent to uphold and implement the UN Declaration is set out in a number of other bills that were passed into law during the current session including C-69 (impact assessment), C-91 (Indigenous languages) and C-92 (Indigenous child and family services).

The work of implementation will continue despite the setback in the Senate. Indigenous governments are incorporating the UN Declaration into their own laws and procedures and using it to inform their expectations of partnerships with government and industry. Canadian courts and tribunals are already using the UN Declaration to interpret Indigenous rights in domestic law. The clock cannot be turned back.

It has recently been confirmed that the Liberals, if re-elected, will reintroduce UN Declaration implementation legislation as a government bill. Our Nations and organizations are urging all federal political parties to commit both to supporting a legislative framework for UN Declaration implementation that is at least as strong as C-262 and to ending the kind of partisan game-playing that prevented adoption of C-262 in this session of Parliament.

The Coalition for the Human Rights of Indigenous Peoples (www.declarationcoalition.ca)

For more information on implementation of the UN Declaration, please see our new factsheets at https://www.declarationcoalition.com/more-info/

· Interpreting the UN Declaration on the Rights of Indigenous Peoples

· Myths and Misrepresentations about the UN Declaration and Bill C-262

· Free, Prior and Informed Consent FAQ 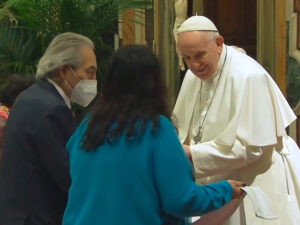 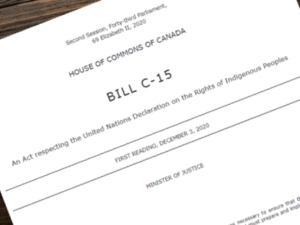