A moment for renewed commitment #KAIROS20 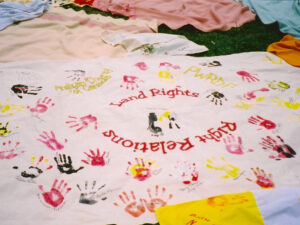 Few of us might remember, but the churches were in shock when KAIROS was founded.

Perhaps presaging our present-day situation, because the largest Christian churches had embraced colonialism in the form of Indian Residential Schools, lawsuits were threatening their very existence. We should honour the brave Anglican Church reps who came forward to say that the national churches would never be the same, and that our ability to staff and fund so many disparate ecumenical justice coalitions was untenable.

As Naomi Klein would write in her bestselling book, The Shock Doctrine, shocked societies often give up things they would otherwise fiercely protect. Twice previously, attempts to create new structures for Canadian ecumenical justice work had failed – but the sponsoring churches, shocked to their core, were pushed by events to preserve their ecumenical justice work by founding KAIROS in 2001.

Now, while many of the ecumenical coalition staff knew each other and collaborated well (some even shared office space), it is also true to note that because there were so many efforts on so many fronts, the impact of the churches’ justice work was dispersed. Some coalitions were well-funded – others, not so much. I served for a decade on the board of the Inter-Church Committee on Human Rights in Latin America (which, for example, hired 4 staff) but when I was asked to chair the Aboriginal Rights Coalition it was heavily in debt and finding it tough to maintain even one staffer. It was rare to see everyone involved in over a dozen ecumenical coalitions getting behind an issue to focus on impact – together – on a major political question. Until we approached the end of the century…

In an essay on the success of the debt cancellation campaign leading up to the Jubilee Year 2000, Jennifer Henry explains how KAIROS began. She recounts the creation of a large coalition we called the “Canadian Ecumenical Jubilee Initiative, CEJI”. As Jennifer says, “the work done together around CEJI certainly influenced the creation of KAIROS in 2001” (page 136.) You might have noticed that KAIROS even built on the success of the debt campaign by adopting the CEJI moniker, “Canadian Ecumenical Justice Initiatives.” However, the new structure of KAIROS did not just bring together a dozen of the former coalitions. The sponsoring churches discerned that we should commence two areas of work that no previous coalition had specifically focused upon: ecological justice and domestic poverty/social policy in Canada.

Any short account of the formation of KAIROS would be, of course, vastly incomplete. There were dozens of meetings, growing pains, struggles and disappointments that could also be recounted. Staff felt they had to unionize in order to defend their interests. One of the best decisions we church folks ever made was to hire the indefatigable Jeanne Moffat to meld these various coalition staff into a collaborative collegial structure. I believe Jeanne’s contribution during this time was incalculably valuable.

My own “success” in this period can perhaps best be summarized as convincing the Canadian Conference of Catholic Bishops (where I was working at the time) to not only join, but also to fund, KAIROS’ work. This was no easy task. The ecumenical coalitions had few staff who could speak French, materials were prepared in English with almost no links at all to the huge and very active social movements in Quebec. (Sometimes a few documents were translated – which is not the same as developing analysis and language together from the start of a project – which is exactly what we successfully did at CEJI on the debt petition when staff traveled down Highway 401 and debated the final wording of the debt petition with Montreal activists.) Almost all coalition meetings were held in English, somewhere along the Yonge-Bloor subway lines. But half of the Catholic bishops were members of the French sector, and had never participated in, much less heard of, the three-decade long history of ecumenical coalitions. The CCCB president at the time, the Cardinal of Montreal, agreed that the bishops would join KAIROS if the Memorandum of Agreement was understood as compelling senior staff to be capable of working in both official languages, programming was engaged in la belle province and dans la langue de Baudelaire. These would always be challenges for any pan-Canadian social movement…and remain challenges for KAIROS today.

We owe a debt of gratitude to staff – as well as Pat Steenberg, Mary Corkery and Jennifer Henry who played truly important leadership roles. For me though, John Dillon and John Mihevc must be remembered with special appreciation – their initiative became the spark, and their research was the anchor of so many of our ecumenical justice initiatives.

I’m sure the twentieth anniversary will highlight many of the terrific moments that church folks involved in KAIROS experienced. I remember lobbying Members of Parliament with KAIROS folks on issues of refugee rights, human rights in Latin America and meeting with several Finance Ministers to discuss what should be included in the federal budget. I look forward to reading and celebrating the accounts of so many others who were involved in this work.

Our family retains a special memory of how my life-partner Suzanne Doerge and Ed Bianchi took some ideas from an encounter with AFN colleagues and sketched out the early idea of the “Blanket Exercise” on our kitchen table. They even piloted it in events as far away as British Columbia. Yet, how amazing it has been to see the “KBE” develop more fully over the years, with more substantial and necessary input and facilitation from many more Indigenous people. I remember events like receiving the train carrying solidarity participants to Ottawa – where we covered the lawn of the Supreme Court with blankets that were prepared in communities across the land, or participating with hundreds of people, including Members of Parliament, in marches and KAIROS Blanket Exercises on Parliament Hill itself.

To be honest, I also remember, with huge disappointment, the horrible October 2016 decision of the Catholic bishops to withdraw from 40 years of ecumenical justice work, through KAIROS and its predecessor coalitions. Even though this occurred a decade after I left the employ of the CCCB, I wrote scathing denunciations in various Catholic papers and publications3, to little effect. Such an abominable lack of leadership from the bishops remains a heart-breaking weakness of Canadian ecumenical reality – but the firm support of Catholic religious congregations and Development and Peace for KAIROS remain good spaces for Catholics to remain engaged in ecumenical justice work.

As a final reflection on two decades (and more) of ecumenical justice work, we might be drawn to believe that we accomplished very little, because the problems remain so huge. When this happens to me, I recall the encouraging words of Marie Wilson, one of the Commissioners of the Truth and Reconciliation Commission.

When we’re tempted to wonder if anything has been achieved, we should remember that those of us who have done this work can see in our own lives how efforts towards justice and solidarity have changed us.

It’s true; my life has been made richer by working with so many other seekers of justice, from other traditions and backgrounds. And for this, I thank the Creator, and every one of you.

Joe Gunn was the founding Vice-Chair of the KAIROS Board, where at different moments he represented the CCCB and the CRC. Joe currently serves as Executive Director of Le Centre Oblat – A Voice for Justice located on the unceded territory of the Algonquin peoples (Ottawa).