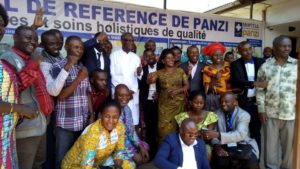 “People have died and continue to die, women and girls have been raped and they continue to be, crimes and abuses of all kinds have been committed in our country: the victims and their relatives ruminate hatred because of what they have suffered. This is not good. All this must be exhumed, that there be time for reconciliation after which everyone would say what they had been hiding in their inner selves. We must not build peace, development on mass graves.” Dr. Dénis Mukwege, October 6, 2018 [English translation]

KAIROS joins human rights organizations, peace activists and women’s groups all over the world in congratulating Dr. Dénis Mukwege as a co-recipient of the Nobel Peace Prize on October 5th, 2018. The Nobel prize recognizes Dr Mukwege’s immense work in providing holistic assistance to women victims and survivors of gender-based violence (GBV) at Panzi Hospital and the associated Panzi Foundation he directs in Bukavu in the eastern Democratic Republic of the Congo (DRC) province of South Kivu. This work is done in conjunction with civil society, including KAIROS partner Héritiers de la Justice.

The first judgment in a case handled by the legal clinic of Héritiers de la Justice since the inception of the Global Affairs Canada-supported KAIROS Women of Courage: Women, Peace and Security program in April 2018 was just recently obtained regarding the rape of a young woman. In this case in which Héritiers de la Justice was closely involved, the judgement was made by the Uvira High Court where the perpetrator was sentenced to 15 years in prison and ordered to pay a fine of one million francs Congolese (roughly just over Canadian $800). The forensic evidence of the victim’s health was provided by Panzi Hospital where she was admitted after the rape confirmed by the Sange Hospital. Héritiers de la Justice is covering all the legal costs of the case.

Thanks to the partnership between Héritiers de la Justice and Panzi Hospital of more than ten years, Dr. Mukwege, along with the Panzi Foundation and the American Bar Association, formed a consortium funded by the DRC Social Fund supported by the World Bank that is expanding legal clinics grappling with gender-based violence in the South Kivu province.

We join the world in celebrating Dr Mukwege. At this same time this Nobel Peace Prize recognizes the courageous work of civil society organizations who are addressing the crimes of gender-based and rape as a weapon of war, and who are accompanying the victims themselves as they reclaim their dignity, assert their rights and seek justice. 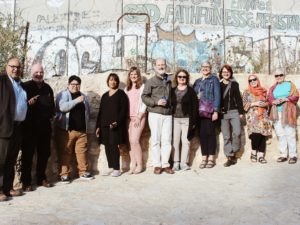 Take action for international human rights and against annexation