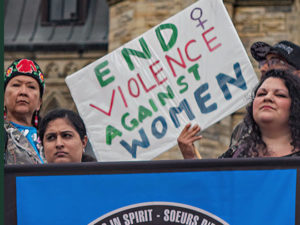 We will be marking 16 Days of Activism by drawing attention to the inextricable links between violence against women and violence against the land, highlighting eight of the Calls for Justice in “Reclaiming Power and Place.” Each day these messages will be highlighted on KAIROS website and social media. Please share with your networks. 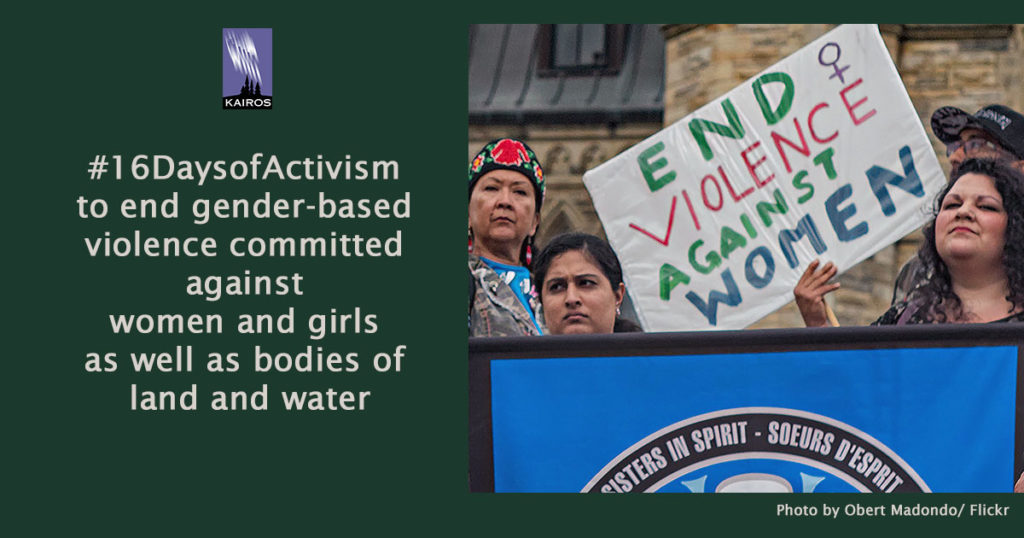 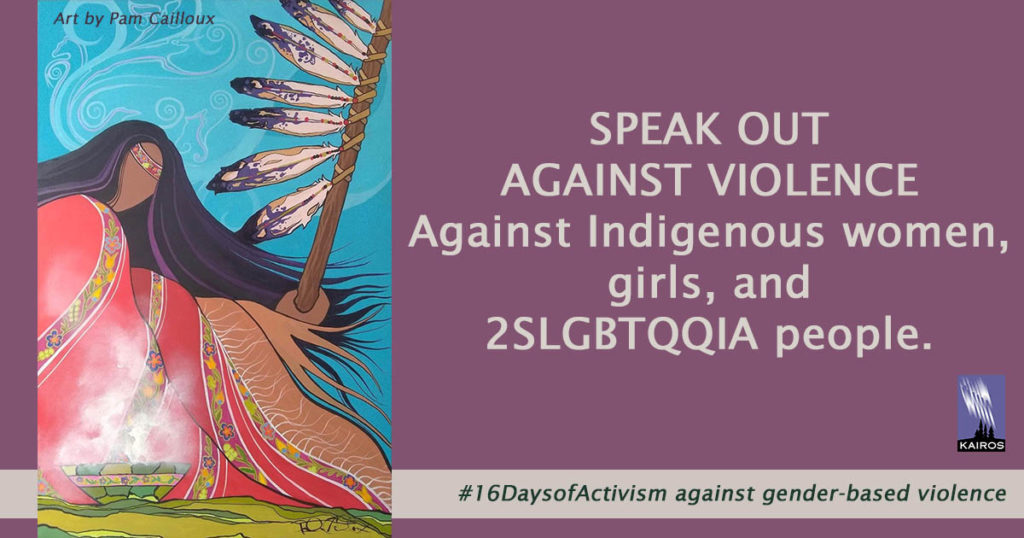 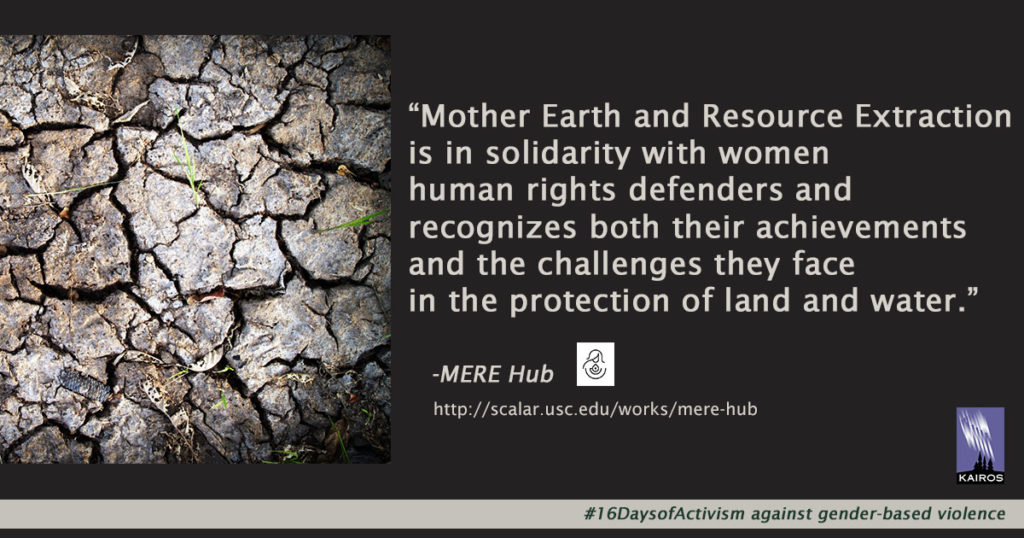 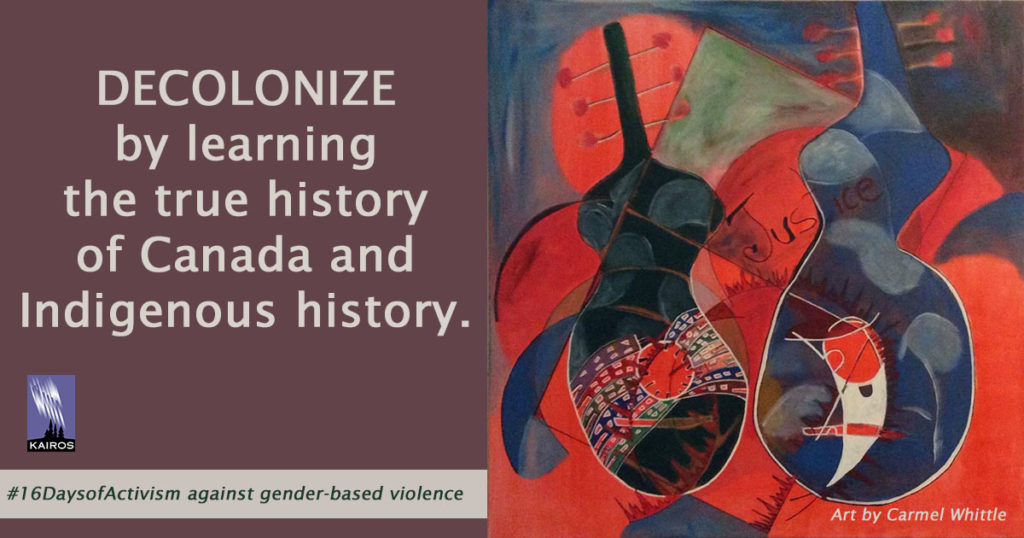 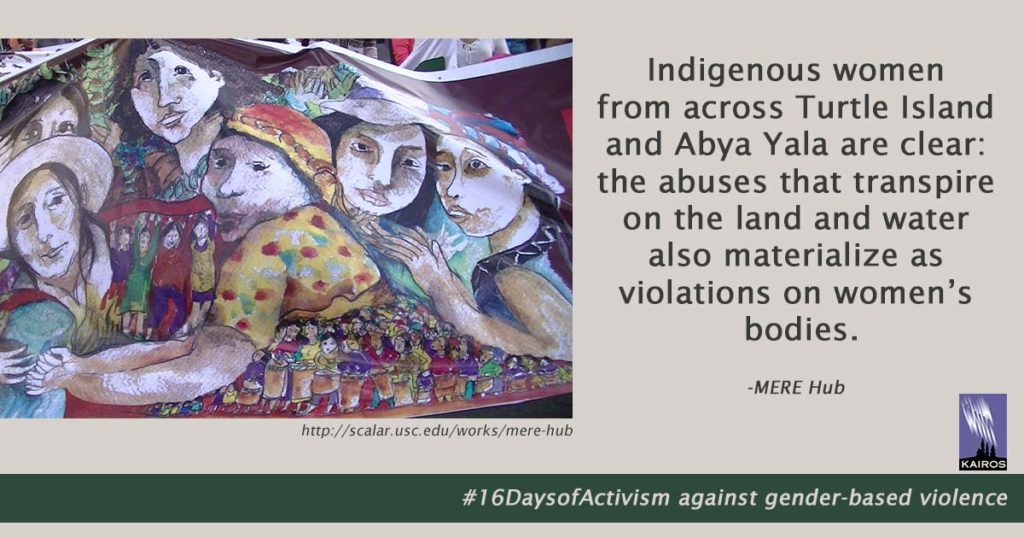 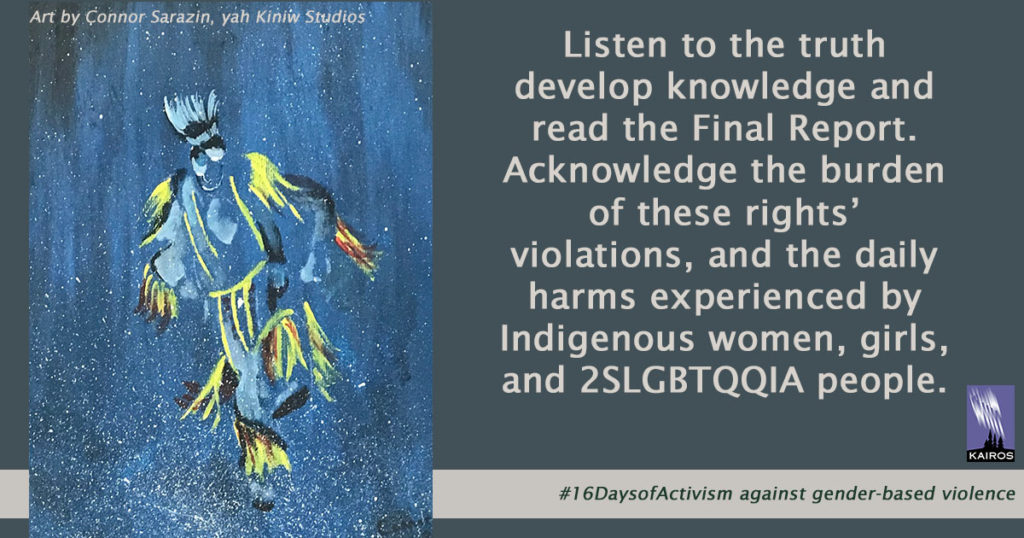 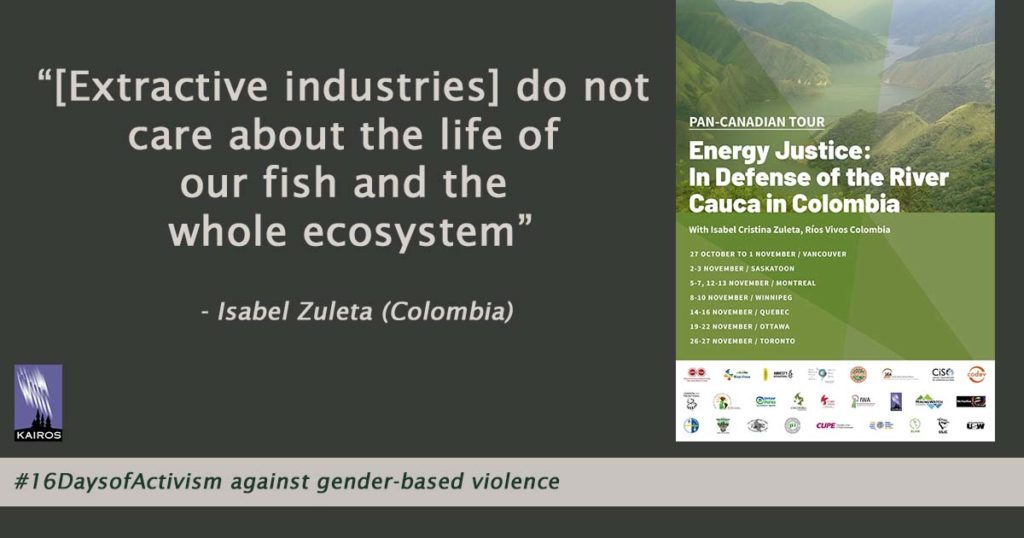 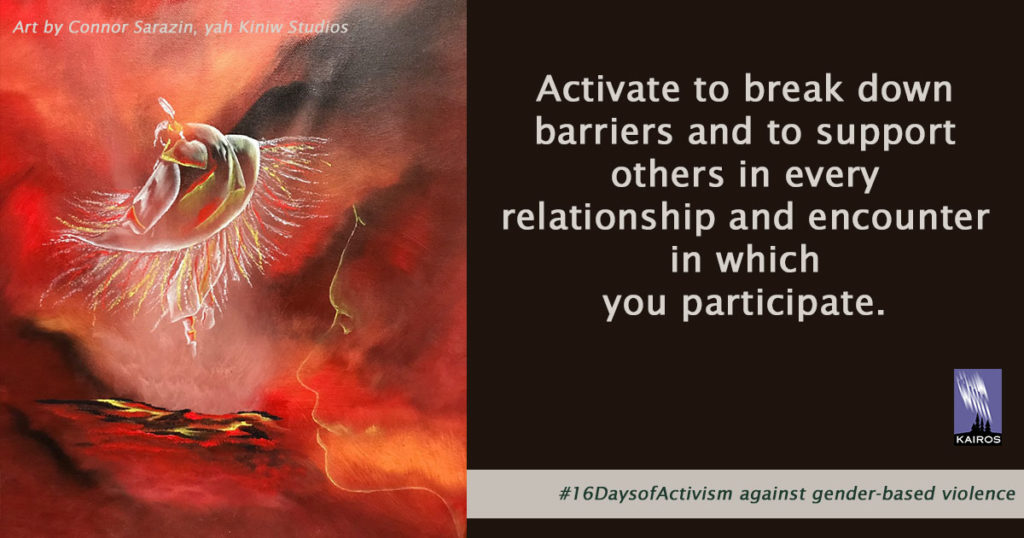 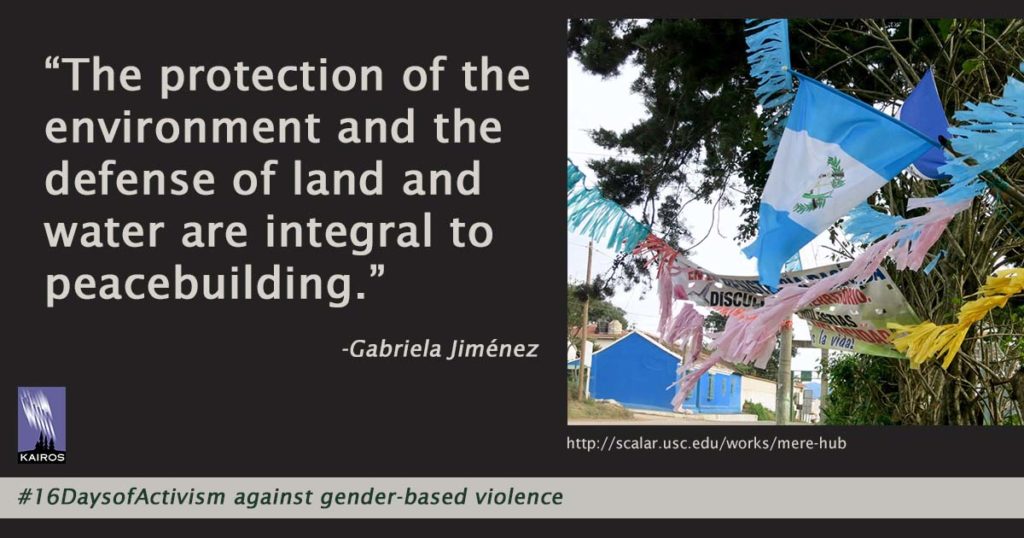 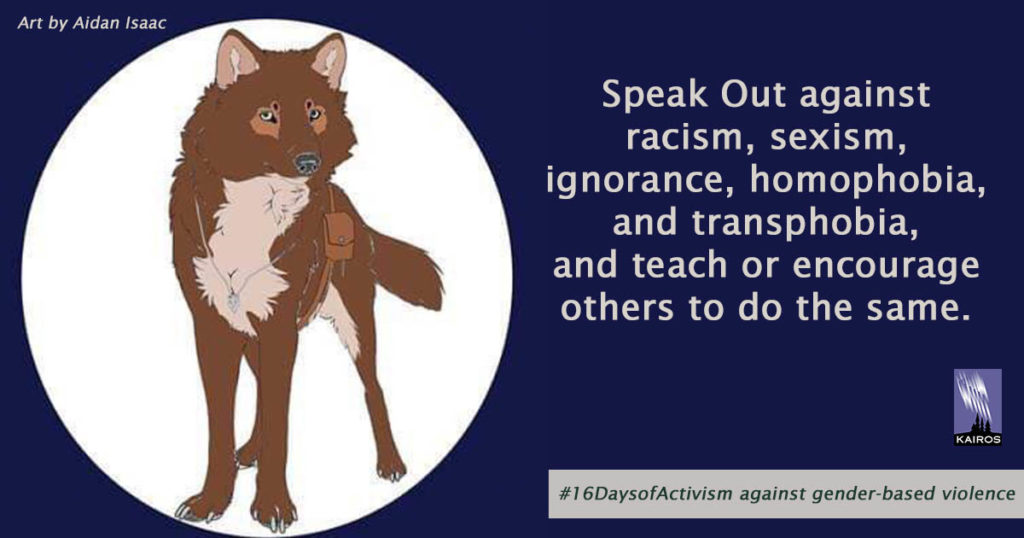 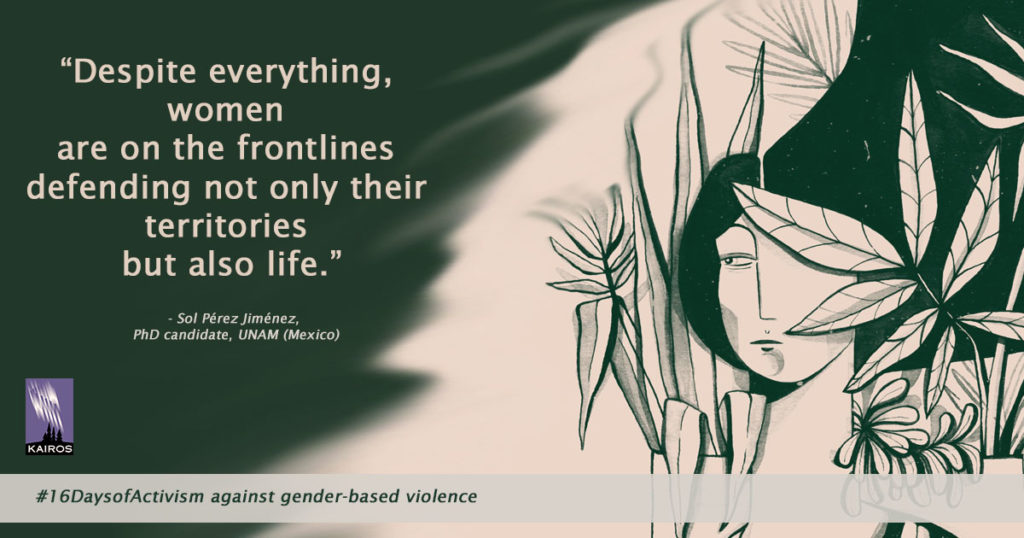 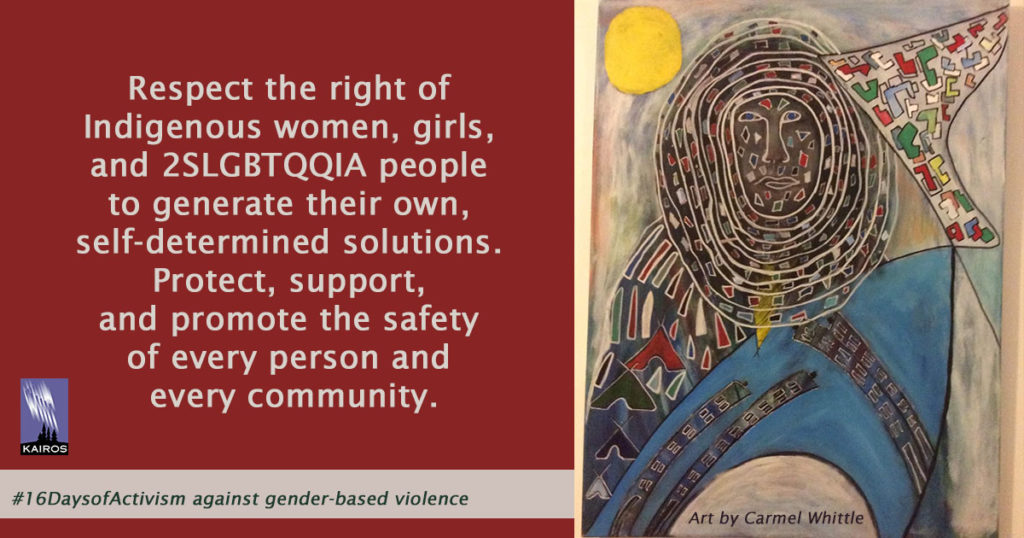 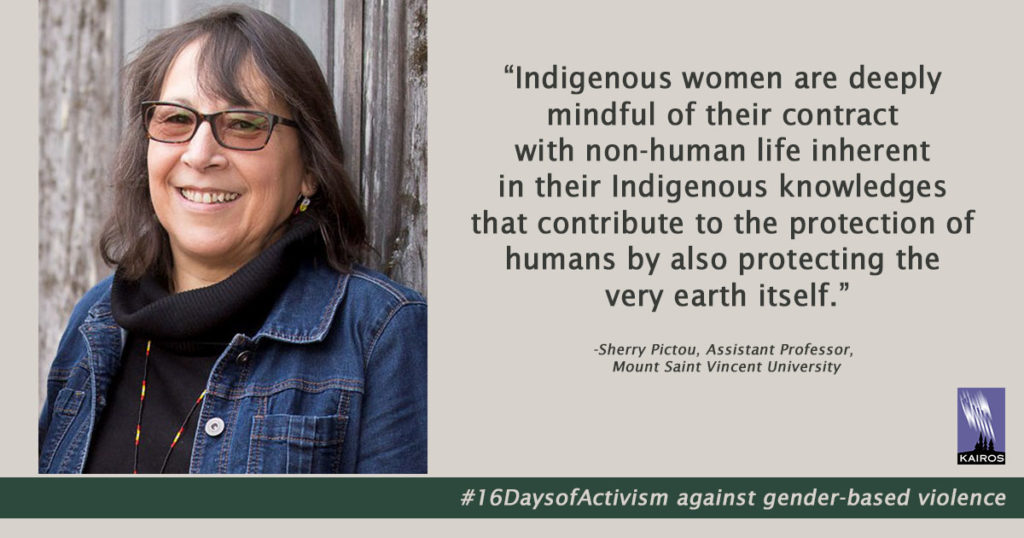 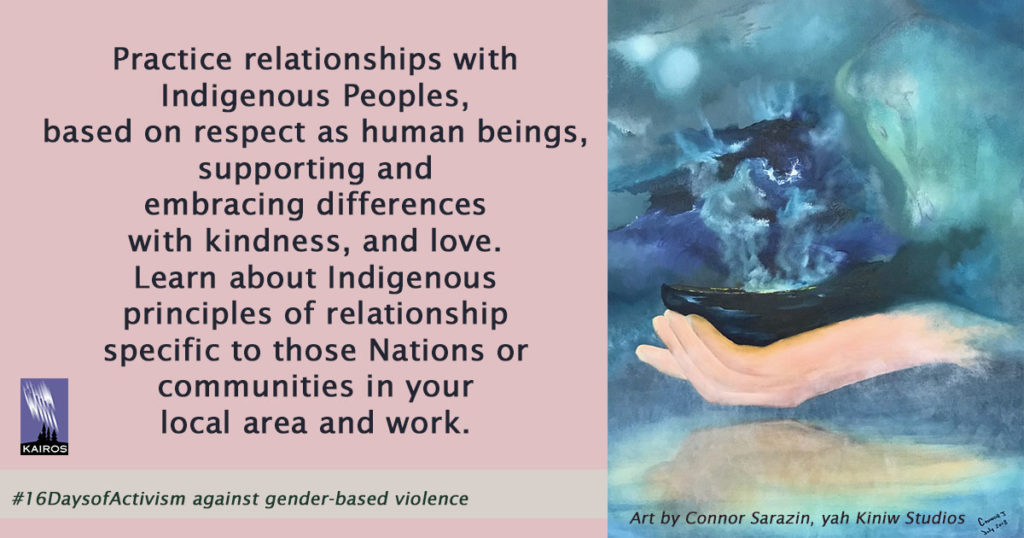 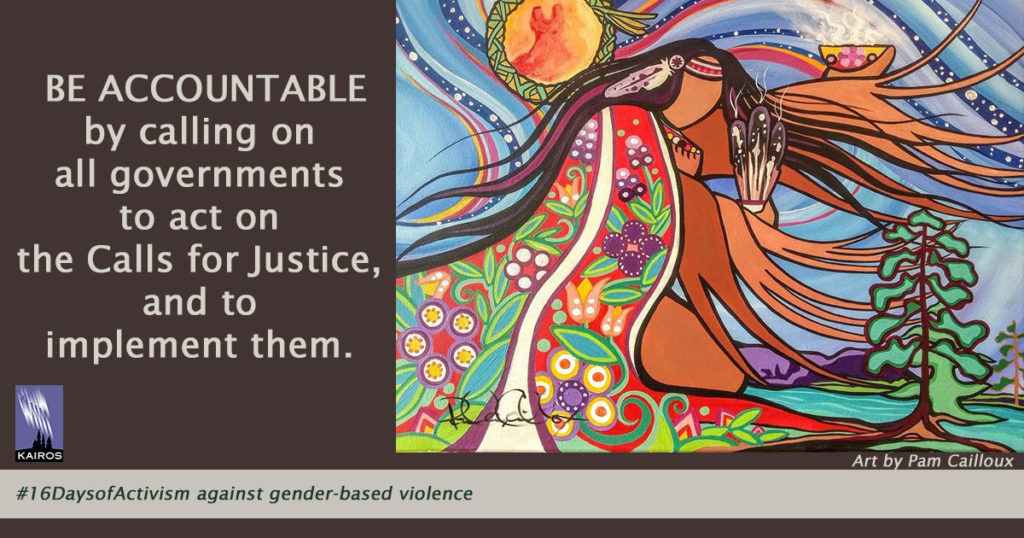 KAIROS is proud to launch Mother Earth and Resource Extraction: Women Defending Land and Water (MERE hub, for short), a living digital hub created for and in consultation with women land and water defenders who are at the forefront in the protection of the environment, in Canada and across the globe. The hub brings together a range of original and existing material to support research, advocacy, information sharing, and movement building around the subject of resource extraction and its gendered implications.

The hub is launching on November 25 to mark the beginning of the 16 Days of Activism Against Gender-Based Violence, the global annual campaign that ends on December 10—International Human Rights Day. For the next 16 days, KAIROS will be highlighting violence committed on Mother Earth against Indigenous women and girls as well as bodies of land and water, the life they support, and the women who protect these.

There is an alarming rise in the reported number of human rights defenders being criminalized, harassed, and physically targeted by law enforcement and private security personnel and actors linked to the extractive sector. Even more pronounced, women human rights defenders, especially Indigenous and Afro-descendant women, experience compounded forms violence in their efforts to defend land, water and life.

As Indigenous women human rights defenders across Turtle Island and Abya Yala attest, the ongoing tendency to privilege private property over more equitable and reciprocal relations with Mother Earth engenders violence on various forms of bodies—physical, geological, water—through, although not exclusively, resource extraction. This is emphasized in  “Reclaiming Power and Place: The Final Report of the National Inquiry into Missing and Murdered Indigenous Women and Girls.”

Join us in drawing attention to violence against Mother Earth, victims and survivors of gender-based violence, and women land and water protectors in Canada and the Global South. 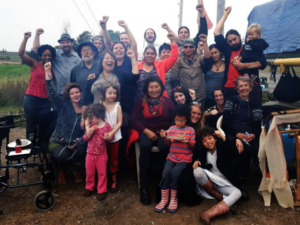 Thank you, Mi’kmaq Grandmothers, for protecting land and water through Indigenous self-determination 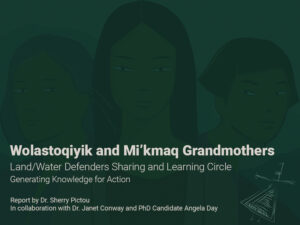