Indigenous peoples’ right to truth encompasses the right to fully express, and live within, Indigenous knowledge systems, and the right to live in the absence of genocide.

What does genocide kill?

In the context of settler colonial genocide, Indigenous peoples were targeted for mass cultural destruction, and the legal, moral, and cultural meaning of humanness itself was defined as being non-Indigenous. Indigenous knowledge was expunged from the bodies of Indigenous peoples through state violence and mass human rights violations. The state deployed collective punishment towards Indigenous peoples because they were Indigenous, and in many cases, using sexual violence towards children, and other forms of torture, forcibly attempted to absorb Indigenous nations into the national population of Canada.

Canada attempted to construct Indigenous peoples as a permanent absence, an absence upon which it could settle itself on. Canada produced factually inaccurate narratives and images of its own history, and circulated these stories among its citizens. Settler colonial genocide is predicated on this constructed absence of Indigenous peoples. Many Canadians experience their presence and identity on this land directly through these false national histories.

The testimonies of Indigenous survivors invoke the question about what it means to be a witness. The act of healing a divided society involves larger questions about the moral, spiritual, and socio-political implications of truth and reconciliation.

In this socio-political context, truth and reconciliation is expressed through formal apology, proliferation of testimony throughout the country, and the shifting of national consciousness as the nation witnesses the truth about how it came to be. It involves engagement of Indigenous rights paradigms, and entrenching the United Nations Declaration on the Rights of Indigenous Peoples, and Free and Prior Informed Consent in all institutions.

But it means something even larger, and deeper, at the level of decolonization. To decolonize requires a look at the meaning of both truth and reconciliation in Indigenous knowledge paradigms. The broken relationship stems from the genocidal harm of Residential Schools, and also from the betrayal of the Treaty relationship itself.

Decolonial resurgence movements like Idle No More have asked the settler society to join Indigenous peoples again in a round dance.  Round dancing in the context of relationship repair means people who have experienced genocide again hold hands with those who have historically perpetrated this violence.

It means we meet once again in the eternal good faith of the Treaty.

The current decolonial challenge for groups which have been historical perpetrators of genocidal violence is around respectful learning about Indigenous knowledge – as this is the paradigm which will enable Indigenous  nations to resurge. This call to reconciliation, decolonization, and relationship renewal requires deeper ethical frames, commitments to anti-racism, and integrity to help re-build a knowledge system which was once used as a justification for ethnic cleansing of Indigenous nations.

If settler colonial genocide was imposed to ideologically and spatially eradicate Indigenous memory of ever existing as peoples, and to re-construct Indigenous peoples in the image of their colonizers, then decolonizing means that we radically honor Indigenous knowledges to transform the moral fabric of the country.

Through sustained truth telling, decolonization, and commitment to Indigenous knowledges, Christians can continue to imagine and enact a just reconciliation.

Christine Migwans is an Anishinaabe kwe defender of Indigenous rights. She has worked with Indigenous peoples across the country, internationally, and at the United Nations.  She has founded several Indigenous rights organizations, and received an award from the City of Toronto for the impact of this work. Christine works in Indigenous Studies, and has been the recipient of numerous large merit based grants for outstanding decolonial research. 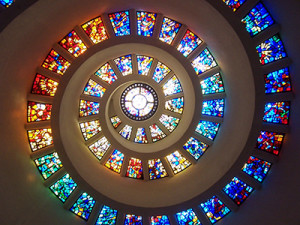 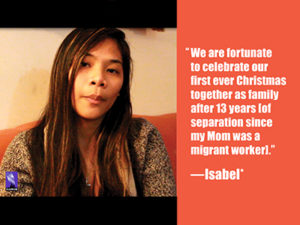 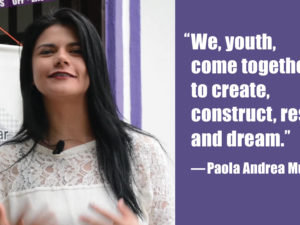 Spirited Reflection: The vulnerability of children and communities 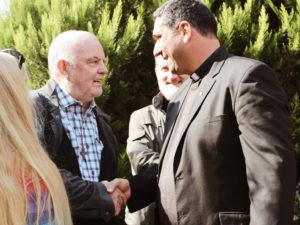