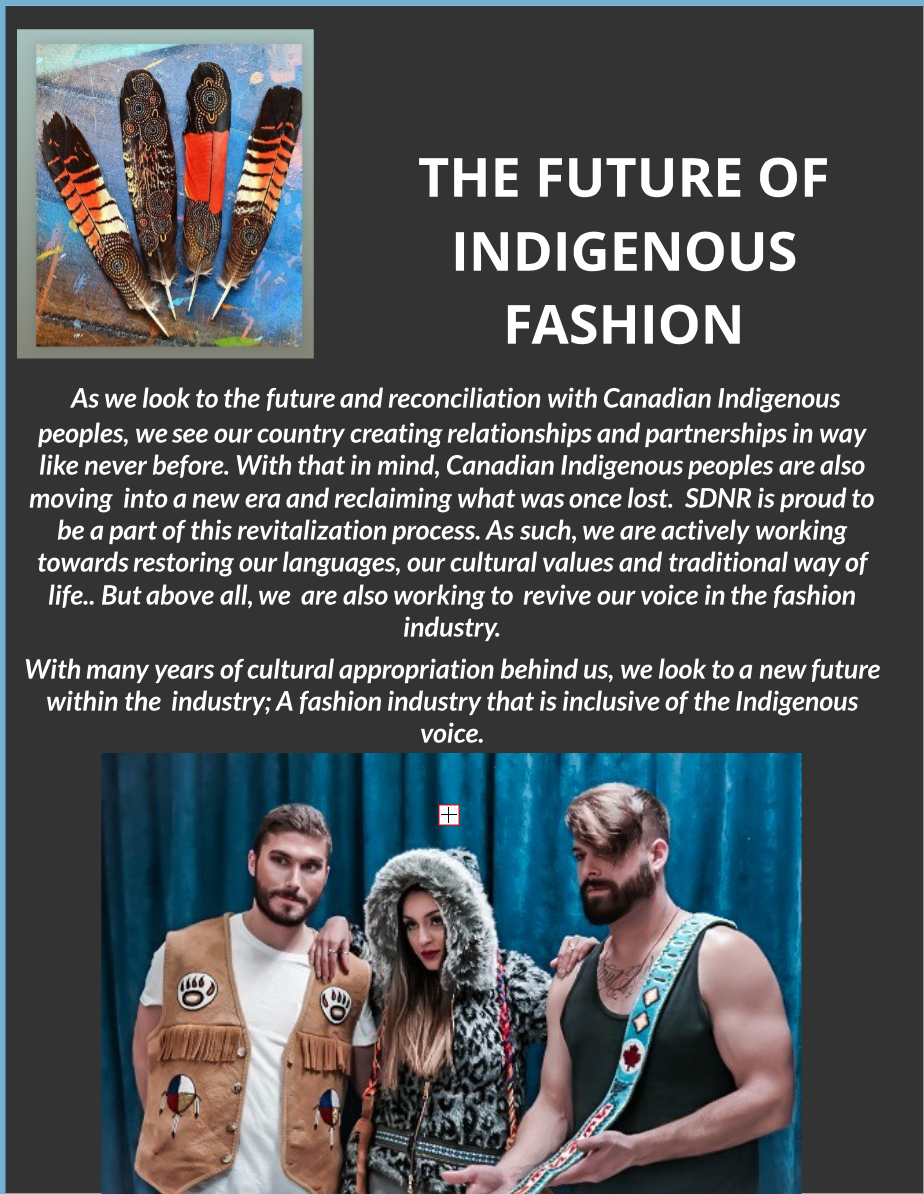 Indigenous Women and Youths situated in urban parts of the country have access to many resources and opportunities, the same cannot be said for those positioned in remote and/or isolated regions of Canada, specifically those in Northern Ontario. As such, SDNR for First Nations (an organization created at York University and the Schulich School of Business) is on a mission to change these circumstances – one small project at a time.

Moving forward with their “Mission” SDNR is proud bring forth the Thunder Bay Indigenous Fashion Week this December 2019. The week’s activities will include a networking event, workshops, as well as a marketplace and an interactive lecture which will be given by Charlene Lindsay an Indigenous Ph.D scholar. The week of activities will end with a final runway show, photo collaboration session and a social media frenzy.

The Workshop component will include Dress Making, Beading, Sewing, Designing and various other cultural activities as well as opportunities to learn more about the “Revitalization” of Indigenous fashion, arts and languages. The Indigenous runway show will feature some of the most eclectic Designers, Artists and fashionista’s from many of the remote fly-in only First Nation communities.

To keep in touch with SDNR – please connect with them through their new website: https://www.sdn-r.ca (launching in the New Year)